MMI’s founder and beginning
Ulla Wikefeldt is a teacher and an AMI methodology trainer. In 2001 she founded the Maria Montessori Institute. She has more than 30 years of experience of Montessori pedagogy. Ulla has: 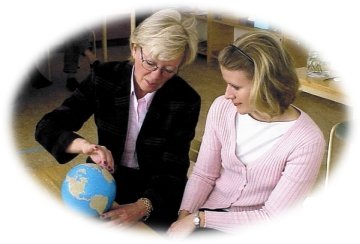